My Italian Heritage is Showing

Last night I was on Facebook for a little while and came across a quiz I wanted to take. I tend to avoid those quizzes, but this one sort of "spoke" to me, so I thought I would give it a shot.

"How Italian Are You?"
It really wasn't that difficult and I scored well enough to earn this ranking: EXTREMELY ITALIAN!!
Okay, so not a big surprise, but what I really wanted to know is if I got any questions wrong. Unfortunately, they don't tell you that. And if you're a good guesser, you could probably do well on any of those Facebook quizzes because they're multiple choice, but I was still proud of the ranking I earned.
Fast forward to this morning. We had a 2 hour delay to the start of school, because it snowed a little last night, and there is still some ice under the snow. I didn't leave for work until about 8:45, and as I left I noticed that my sister-in-law's garage door was open and her car was still there. I thought that was a little odd, as she usually leaves for work around 7.
As I continued down the road, I gave her a call on the car phone.
(We have OnStar and I absolutely LOVE it! The hands-free calling is so much safer than trying to drive while punching little buttons on a cell phone. And for the record, I don't use my cell phone while driving. I think it's way too dangerous.)
So when Patty answered, I asked if everything was okay because I saw that she hadn't gone to work. She explained that one of her cats was having some issues, so she was taking her to the vet and would go to work after that. We were talking as I was driving to work, and about half way there I noticed that my hands and arms were moving all around. At one point, I even took both hands off the steering wheel! Other people on the roads probably thought I was crazy.
I tried to stop using my hands while I talked.
I couldn't. It was impossible.
I talk with my hands. And I'm extremely italian.
Yep, that's me.

Last night ended up being rather productive for me. That's rare anymore. I usually feel as though I'm spinning my wheels and getting nowhere fast. However, last night was different.

I actually cooked dinner. Lately it's been "fend for yourself" so this was definitely something different.

After dinner, I disappeared into the laundry room and folded four loads of laundry, washed another load, then hung it up to dry.

Upon leaving the laundry room, I picked up the 2 week stack of mail that has been accumulating in our mail basket. Hey, at least we bring it in from the mailbox. We just never seem to go through it. Of course there was much more junk mail than "real" mail, but that's typical. I went through several catalogs we got and found some interesting items I may have to consider ordering.

In the mail, I also found a couple of bills that I pay out of my checking account, as opposed to our joint account. I didn't want to write out the checks until I recorded and balanced my checkbook, so that was the next thing I did. I hadn't recorded the last 30 checks I wrote (thank goodness for duplicate checks!) so that took a little while. Then I wanted to make sure I had money in my checking account, so I went to the computer and brought up my account for the last three months. I'm extremely proud to say that my checkbook was perfect down to the penny!

Of course I noticed my purse was a mess when I got my checkbook out, so I cleaned out my purse a little.

After that, I took a shower, settled into a nice long talk with Joe, then went to sleep.

All in all, a very productive evening!

It Sure Has Been a While

I've really missed blogging, and am hopefully back to it now, on a regular basis. Life sort of got in the way. 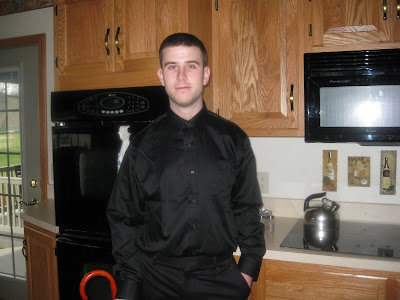 * Christmas has come and gone 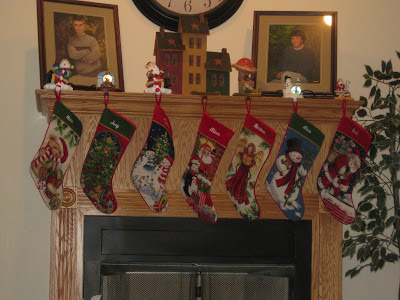 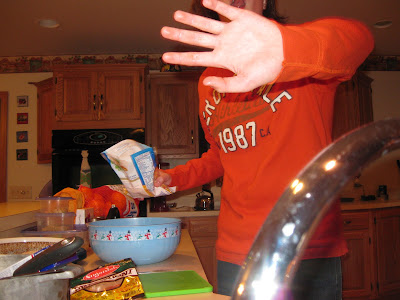 * School began again for me, then a week later, for Alex

* Our afternoon custodian returned to work after having been hospitalized for 6 days with cellulitis, and then passed away

* One of our best friends, Mark, became ill, then had a heart attack, and passed away 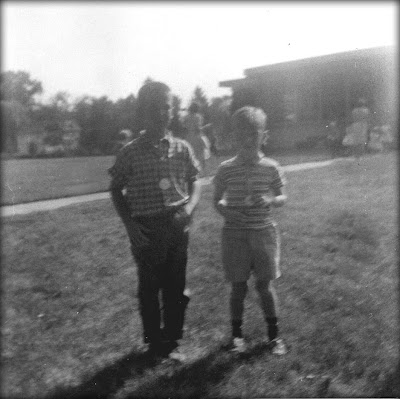 (Ted and Mark on their first day of Kindergarten)

* Our very good friends from Texas came up for Mark's funeral 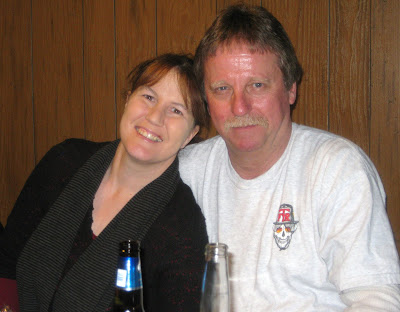 * I had my annual CT scan...and the results are great. No cancer!

* We spent an evening celebrating the wonderful life of our friend Mark with his family and friends, and enjoyed a FABULOUS meal prepared by another friend. 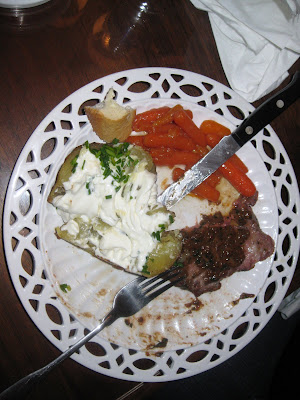 (I forgot to take a picture of my plate, but still got a shot of someone else's. The beef was SUPERB!)

My goal is to get back to commenting this week, in addition to updating my blog.

I've missed you all!